In Texas, a white officer for the Wolfe City Police Department has been arrested and charged with murder in the shooting death of a Black man. The incident happened over the weekend at a gas station in a small town 70 miles northeast of Dallas. Witnesses say a man and a woman were arguing, and then Jonathan Price, who was 31, stepped in to try to break up the fight. That's when a police officer arrived at the scene and killed Price. For the latest, we're joined now by Mark Haslett of member station KETR in Commerce, Texas.

CHANG: So how are authorities there characterizing what exactly happened Saturday evening?

HASLETT: Well, it all began at the Kwik Chek, which is a gas station convenience store near the main intersection in Wolfe City. This is a small town. About 1,500 people live there. Saturday night, around 8:30, a man and woman began arguing, maybe fighting, at the gas station. At some point, Jonathan Price stepped in to intervene. Price and the man got into a scuffle or a conflict of some kind. One officer responded to a report of the disturbance. Details about what happened next are sketchy, but we do know that the officer used a Taser and then shot his handgun at Price and killed him. State authorities say Officer Shaun Lucas tried to detain Price, and Price began walking away. That's when he was tased and shot. The officer has now been charged with murder. He was arrested Monday night and is being held in jail on a million-dollar bond.

CHANG: Wow, million-dollar bond - what do we know so far about the victim, Jonathan Price?

HASLETT: Jonathan Price was well-liked and loved in this community. He worked for the Wolfe City Public Works Department, and he also had a personal training business. He was a bodybuilder and getting into competitive bodybuilding. In his younger days, Price was a star running back for the Wolfe City High School football team. His nickname around town was Coach. He was a mentor for young athletes. Last night in Wolfe City, before we got word of the officer's arrest, hundreds of people showed up for a vigil honoring Price. One of the participants was a young man named Terrance Hawkins. He said Jonathan Price had been working with him and others to help start a clothing business called Young Successful Kings. Here's what Hawkins had to say at the vigil.

TERRANCE HAWKINS: It's a very numb feeling that I have just knowing that he's such a motivational person, a very humble individual. And it just - man, it's really like - I like the turnout, to see how many people love him, to see just the environment. It's peaceful, no negativity here at the protest. I mean, in the end, it makes you feel good to know that he was loved and especially being a part of what we got going on.

CHANG: Well, what has been the reaction so far since this officer, Shaun Lucas, has been charged with murder?

HASLETT: The reaction in Wolfe City and this whole part of Texas has been one of relief. People are relieved but satisfied because they know this is just the first step in a long process. People want a conviction on the charge not for reasons of vindication but to serve justice. Secondarily to that, there's also a lot of relief that Wolfe City is not going to continue to be in the national spotlight for weeks or months at a time. This community is bewildered, exhausted, and many people are in deep personal grief. Last night at that vigil, I saw some anger, but what I saw mostly was pain. Everyone knows this story isn't going away, but people now feel like they can take a breath and be ready for what's next.

CHANG: That is Mark Haslett with member station KETR in Commerce, Texas.

HASLETT: Thank you for having me. Transcript provided by NPR, Copyright NPR. 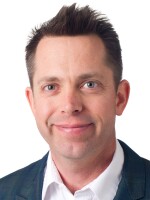 Mark Haslett
Mark Haslett has served at KETR since 2013. Since then, the station's news operation has enjoyed a increase in listener engagement and audience metrics, as well recognition in the Texas AP Broadcasters awards. Before coming to Northeast Texas, Haslett worked for High Plains Public Radio in Amarillo, where he worked as News Director and later as Director of Programming. His work has been broadcast on KERA, KCUR and other public radio stations, as well as the NPR Newscast. Haslett has also worked as an editor and reporter in both news and sports at newspapers in the Southwest and Midwest. Haslett developed a passion for radio as a youth, when he helped his father, a program host at (now-defunct) WRBC-AM in Jackson, Miss.
Support for CAI is provided by
Support for CAI is provided by
The Forgetting
Listen to the Podcast
The COVID Remembrance Project