The U.S. Must Expedite Visas For Afghans Who Helped The U.S., Congressman Says

As the U.S. prepares to bring troops home from Afghanistan by September, there's a question about what happens to Afghans who helped American forces - people like interpreters and contractors. Two leaders of the House Foreign Affairs Committee are calling on Secretary of State Antony Blinken to fast-track some special U.S. visas for them. Sixteen thousand of those visas have been issued since the program began in 2009. The congressmen say roughly 18,000 more applications are still being processed, and they worry about the fate of those Afghans once U.S. forces leave at the end of the summer. Republican Michael McCaul of Texas is the top Republican on the House Foreign Affairs Committee, and he co-wrote that letter along with his Democratic counterpart.

Welcome to ALL THINGS CONSIDERED.

MICHAEL MCCAUL: Oh, thanks for having me.

SHAPIRO: Have you had a response to that letter from Secretary Blinken yet?

MCCAUL: No, we haven't. I know the secretary is currently on a trip, but we are scheduling a call between myself and the secretary and also Jake Sullivan, the national security adviser. But I've also talked to the deputy secretary of state about this very issue. Like me, I think they are very concerned. As we withdraw completely out of Afghanistan, we have to be concerned about the aftermath and what is happening. On the ground as we speak, we're seeing the Taliban getting very provocative, taking over territory in northern and southern Afghanistan. And we have to be prepared for the worst, which is why I believe 18,000 backlogged special immigrant visas need to be expedited so that we can get, you know, these interpreters, contractors who really worked so closely with our special forces over the years. We have, I think, a moral obligation to protect them. If we leave them behind, they will certainly have a target on their back and could easily be slaughtered by the Taliban.

SHAPIRO: You say everybody is concerned. If there's no philosophical disagreement here and everyone thinks it's the right thing to do, what's the holdup?

MCCAUL: Well, I just think they need to be prepared for this. I think they made a decision to completely withdraw, and now they're trying to figure out, you know, how best to deal with not only this evacuation and drawdown of troops but then protecting those who were loyal to us over the years. And also, what is the counterterrorism mission going to look like without a presence on the ground in Afghanistan? I would prefer expediting and getting them out of there. If they can't expedite it, then I think we need to still get them out of the country to a safer country where we can then process those applications.

SHAPIRO: Yeah, I was going to ask. Some people have proposed moving them to Kuwait, Qatar, some other friendly country in the region. It sounds like you think that could be a viable fallback.

MCCAUL: I think it could be. You know, look; we've got, you know, allies in the region. Certainly Kuwait would be one, UAE. We have a naval base in Bahrain. And obviously, Bagram Air Base will probably be the last one to close. And we could certainly airlift, I think, them out of that area and to a safer country where then we could process the special immigrant visas.

SHAPIRO: Congressman, while we have you, I do want to briefly ask about the arms deal that the White House recently approved, which will send $735 million worth of weapons to Israel. Congress was informed of the decision before the latest escalation in violence between Israel and Gaza. And Congress has a right to object. Do you think this arms sale should go through?

MCCAUL: Well, I do. And - so in my role as the top Republican on the Foreign Affairs Committee - in fact, Chairman Meeks and I actually approved the sale back in April.

SHAPIRO: You mention Chairman Meeks. I just want to mention, that's Congressman Gregory Meeks, your Democratic counterpart on the committee.

MCCAUL: Yes. Yeah. Now I think you're seeing the formal notification, which will happen this week. All indications - I think Chairman Meeks is going to approve this. I think this is not the time to show weakness in our alliance with Israel. I think we need to show that we're strong ally partners. They sustained rockets coming in from the terrorist organization Hamas out of the Gaza. You know, but for that Iron Dome, Israel would be in a world of hurt. And so...

SHAPIRO: Could it be a time to exercise leverage though? If the U.S. is serious about pushing Israel for a cease-fire, this is a way of pushing.

MCCAUL: Yeah, but I think it sent the real message of weakness to Hamas, to the Palestinians and to Iran, quite frankly, that we're not committed to, you know, helping Israel defend itself, which it has every right to do.

And we appreciate your speaking with us today. Thanks a lot.

MCCAUL: Yeah, thanks, Ari. Thanks so much. Transcript provided by NPR, Copyright NPR.

Ari Shapiro
Ari Shapiro has been one of the hosts of All Things Considered, NPR's award-winning afternoon newsmagazine, since 2015. During his first two years on the program, listenership to All Things Considered grew at an unprecedented rate, with more people tuning in during a typical quarter-hour than any other program on the radio.
See stories by Ari Shapiro
Carol Klinger
Elena Burnett 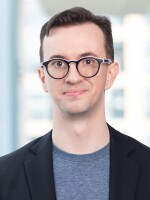