Around 11 a.m. Sunday, state police and state environmental police responded to an incident in Morris in western Connecticut in which a black bear had attacked a boy. Officials said the boy was playing in the backyard of his home when he was injured.

The boy was taken by ambulance to Charlotte Hungerford Hospital; officials said his injuries don’t appear to be life-threatening.

The bear remained near the scene and was located and euthanized by Environmental Conservation Police with the Department of Energy and Environmental Protection (DEEP).

The boy’s grandfather described the harrowing attack to the Republican-American of Waterbury. James Butler said his grandson was playing near a trampoline when the bear emerged from thick woods behind the house.

“I heard him yell ‘bear’ and when I looked up, I saw his leg in the bear’s mouth and the bear trying to drag him across the lawn,” Butler said.

Butler, who uses a wheelchair, wheeled his chair toward the bear and threw a metal bar at its head, he told the newspaper.

The bear released the boy but then grabbed the child a second time and used its claws to try to roll the boy onto his back, the grandfather said.

A neighbor alerted by the boy’s screams raced over and scared the bear off by brandishing a pipe and yelling, Butler said.

State environmental officials said the euthanized bear's remains will be sent to UConn for a necropsy and a rabies test.

"It's important to have conversations with your kids about living with black bears," said Jenny Dickson, wildlife director with DEEP.

She encourages people to learn more about black bears at the DEEP website.

The weekend bear encounter comes as the number of bears recorded entering Connecticut homes in 2022 is already almost double the amount of recorded home entries from all of last year, according to state environmental officials.

Through Sept. 29, the state had recorded 65 complaints of bear home entries. It's a surprisingly large figure — and one that's more than double the average number of entries recorded each year from 2017 through 2021.

Advice from the DEEP about living with black bears

The DEEP website says if you see a bear in your yard, do not approach it.

"Go into your house, garage, or other structure," DEEP says. "If the bear persistently approaches, go on the offensive — shout, wave your arms, and throw sticks or rocks."

The Associated Press contributed to this report. 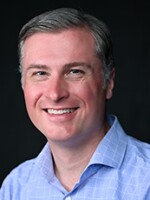 Eric Aasen
Eric Aasen is executive editor at Connecticut Public, the statewide NPR and PBS service. He leads the local newsroom, including editors, reporters, producers and newscasters, and oversees all local news, including radio, digital and television platforms. Eric joined Connecticut Public in 2022 from KERA, the NPR/PBS member station in Dallas-Fort Worth.
See stories by Eric Aasen

Jennifer Ahrens
Jennifer Ahrens is a producer for Morning Edition. After spending 20+ years producing TV shows for CNN and ESPN, she decided to tackle a new medium because she values Public Broadcasting's mission. She wants to educate and entertain an audience and Connecticut Public lets her do that.
See stories by Jennifer Ahrens

Patrick Skahill
Patrick Skahill is a reporter and digital editor at Connecticut Public. Prior to becoming a reporter, he was the founding producer of Connecticut Public Radio's The Colin McEnroe Show, which began in 2009. Patrick's reporting has appeared on NPR's Morning Edition, Here & Now, and All Things Considered. He has also reported for the Marketplace Morning Report. He can be reached by phone at 860-275-7297 or by email: pskahill@ctpublic.org.
See stories by Patrick Skahill
Support for CAI is provided by
Support for CAI is provided by