Daycare providers in Connecticut say a new poll they commissioned shows support for increasing the pay for childcare workers.

The Child Care for Connecticut's Future coalition says there is also support for the state paying more of the cost of caring for and educating young children.

In slides shared during a Zoom-based press event on Tuesday, the market research firm HarrisX suggests that 57% of registered voters surveyed in Connecticut support capping child care and education expenses at 7% of household income. And they found that 62% of people surveyed supported making more people eligible for government subsidized early care and education, "even if it means shifting money away from other areas in the Connecticut state budget.”

The shortage of quality early care and education is even more pronounced in Fairfield County, said Nichelle Waddell, who owns Watch Me Grow Childcare in Stamford and Norwalk.

"Two of my mothers quit their jobs this year because they could no longer afford childcare," Waddell said. "They found their entire salaries going to childcare, and realized that staying home with their children would equal the same dollar amount as going to work."

While the HarrisX polling found many political ideological splits among those surveyed, there was across-the-board support for the state entirely covering early care and education for households making under $75,000.

Matt Dwyer
Matt Dwyer is a producer for Where We Live and a reporter and midday host for Connecticut Public's news department.
See stories by Matt Dwyer 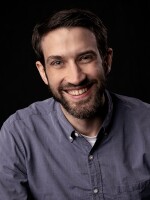