Nationwide, household food waste accounts for 27 million tons a year, and businesses like restaurants and grocers add another 25 million tons.

And another one million tons of food waste comes from manufacturing plants, like from a soup company, for example – the peelings and trimmings or a batch gone wrong – all that also gets thrown into the landfills.

National Geographic reports that: “If food waste were a country, it would be the world's third largest emitter of greenhouse gases, behind the U.S. and China."

And according to Refed.com, which is a collaborative effort between businesses, the government, funders and non-profits that are concerned about the current state of food waste: 54 million tons of food goes into landfills across this country today.

The numbers are hard to fathom. But maybe this will help – according to the US Department of Agriculture we throw away enough food every year to fill 730 football stadiums.

Sophie Abrams, of West Tisbury, on Martha’s Vineyard, is the project manager of an island-wide feasibility study looking at how recycling organic waste, including food, can happen practically and efficiently in Vineyard homes and businesses.

“I think it’s going to start hitting a little closer to home,” Abrams said. “No new landfills are going to be permitted in Massachusetts. So we really are filling up the space that we have to dispose of trash here.”

The feasibility study was spurred on because of the Commercial Organics Ban. In 2014, Massachusetts put this ban in place capping how much organic waste, like food, businesses can dump. Now any commercial business that is throwing away - a ton or more - of food per week is no longer allowed to put that in the trash.

“The one ton a week is not an average,” Abrams said. “It’s if any week during the year they’re producing, they’re throwing away that much. So any large summer business could also be subject.”

Those business will have to divert the waste either by sending it to a state regulated composting or anaerobic digestion facility, or donate it, so it can be eaten by people or animals.

“The most fascinating thing, I think, is that if you think about what we’re doing now, we’re throwing our food scraps in the trash,” Abrams said. “They’re being shipped off the island. And then we’re importing animal feed and compost onto the island. Where as, if we were keeping food scraps on the island, and making animal feed or compost here, we’re closing the loop a little bit on the local food system, because then animal feed or compost will be going to grow more local food, or to feed animals that provide local food.”

A report by the Natural Resources Defense Council says that as much as 40% of all food produced in the US never gets eaten.

Most of us don’t think we’re the ones doing it but per household Americans are throwing away $120 of food each month. That’s like buying four bags of groceries every week in a month dropping one in the parking lot and not going back to pick it up. One way to reduce food waste, is to prevent it in the first place.

“The best place to start when looking at the issue of food waste is reduction. Because food that’s never wasted is not wasting all the water it took to grow it, and the fuel that was taken to ship it, and materials in packaging it. After that, the next best thing is to feed wasted food to people or to animals.”

It’s not spoiled or rotten food that Sophie is talking about feeding to people. It’s perfectly good, usable food. For instance, food that’s getting thrown out because of “sell by” labeling.

“One of the most shocking things that I’ve learned is that date labels are one step above useless, basically,”  Abrams said. “There’s no federal standard on date labels, they’re put on foods basically at the will of food manufacturers, and they represent foods’ peak quality, not anything having to do with food safety - with the exception of baby food.  and so those cause a massive amount of waste and confusion because people think it’s not safe to eat food past a certain date when really looking and smelling your food is the way to really tell.”

Trusting your eyes, nose and taste buds can go a long way in reducing food waste. Who hasn’t sipped milk out of the milk carton to see if it’s gone bad?

Sophie explained that currently less than 5% of discarded food is composted. Part of her work includes a pilot program called "Composting on the Coast." The program began as a way to get hands-on data and experience collecting food scraps. It started June 2016 with six island restaurants and the wasted food was taken to Morning Glory Farm in Edgartown to be composted.

Abrams said, “Since the end of June we collected 32,844 pounds of food, which is 16.4 tons, plus another two tons at the events that we worked at this summer. And that was six restaurants.”

Those events included the Martha’s Vineyard Ag Fair and Living Local Harvest Fest. They also picked up food scraps at a couple of smaller community gatherings in Chilmark and a wedding.

In This Place The Local Food Report 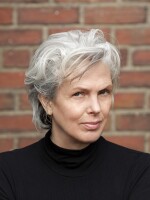 Ali Berlow
Ali Berlow lives on Martha's Vineyard and is the author of "The Food Activist Handbook; Big & Small Things You Can Do to Help Provide Fresh, Healthy Food for Your Community." Foreword by Alice Randall, Storey Publishing. You can reach her at her website, aliberlow.com.
See stories by Ali Berlow
Support for CAI is provided by
Support for CAI is provided by
The Forgetting
Listen to the Podcast
The COVID Remembrance Project