In a small room in the Waterbury Public Library, people dressed from head to toe in black and yellow with antennae headbands are preparing to perform. Today’s audience is a group of older community members.

The Honeybee Steelband plays their version of "I Will Survive" by Gloria Gaynor. As the sweet sound of steel pans dances through the air, a band member grabs a sign that says “no bees = no berries.”

It is part of their Honeybee-themed lineup of songs.

After hearing it for the first time, she fell in love with steelpan drumming and immediately learned how to do it.

Lanxner organized the Honeybee Steelband in 2015 to create some buzz around a cause she felt was important. Bees are constantly exposed to pesticides, parasites, and the effects of climate change.

The Vermont Agency of Agriculture is currently in the process of amending the Vermont Regulations for Control of Pesticides, but according to this group, that is not enough.

“This is an issue where I think I can make a difference," Lanxner says. "We could use the theme of honey bees in the music, and that would be appealing to people, and I thought it would be kind of a magnet to be bring people together on this issue."

More from Vermont Public: Vermont's bee populations are failing. Here's what you can do to help

The steel pan is a musical instrument originating from Trinidad and Tobago. It looks like a caved-in oil drum with some dents in the top. Depending on what dent you hit, you get a different sound.

“Once I learned to play the steel pan, I had to start teaching really out of necessity," Lanxner says. "Because otherwise there will be nobody to be in a band with because there weren't any other steel pan players in Vermont.”

Her music career began as a piano teacher around the age of 13. She started putting up flyers and taught students, primarily little children in her neighborhood, to make a little money on the side.

The members of her band, the Honeybee Steelband were all taught by her at different points.

The youngest member is 13-year-old Rory Nott. He grew interested in the steelpan after he and his brother messed around with one during one of Lanxner’s piano classes.

“She taught us just in one lesson the sound of silence on steel drums," Nott says. "Just like a small section of it, and I was really interested in it. So she started me on the bass drum. I started playing at 10. And after, like a month and a half, I was ready to perform.”

The group has about seven members all hailing from different parts of the world, from Australia to central Vermont.

Sage Barber handles much of the activism work for the group. During the performances, band members pass out colorful fact sheets detailing stats about the decline in pollinators, and the ‘bees’ — people dressed in black and yellow — pretend to be killed by pesticides.

“We have an older woman in the group, Aro, and she's hilarious," Barber says. "She's this quiet woman, and she goes out there pretending to spray pesticides. And she's like ... and I was like, I've never seen the side of Aro before."

Barber calls it "fun activism." Her favorite part is being able to involve her family. Her husband and three children look like a small hive showing up to performances dressed up like bees.

“I like to think of things in terms of needs," Barber says. "I've done other activism and that met the need to contribute or purpose. But this also meets a need for community inclusion, fun, creativity, and humor."

Their next performance is on Monday — Halloween — where they will be playing in Montpelier at their ZomBEE-themed event.

Have questions, comments or tips? Send us a message or get in touch with reporter Marlon Hyde @HydeMarlon.

The Vermont Agency of Agriculture is currently in the process of amending the Vermont Regulations for Control of Pesticides. A previous version states that pesticide rules were already amended.
Tags
New England News Collaborative 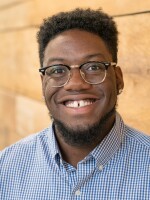 Marlon Hyde
Marlon Hyde is the Sunday Weekend Edition Host and Vermont Public’s first news fellow. He reports on Arts, Culture, and Community stories. He joined Vermont Public in the spring of 2021 after graduating from Saint Michael’s College with a degree in media studies, journalism, and digital arts with a minor in Philosophy. He has been honored with a National Murrow Award for reporting on the 9/11 Remembrance Project alongside Jane Lindholm and Melody Bodette.
See stories by Marlon Hyde
Support for CAI is provided by
Support for CAI is provided by