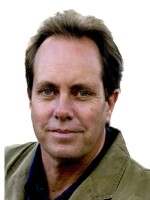 Jay Allison
Jay Allison is the Founder and Executive Producer of WCAI. He one of public radio’s most honored producers and has won virtually every major industry award, including six Peabodys. Over the last thirty-five years, he has independently produced hundreds of documentaries and features for radio and television. He is currently produces The Moth Radio Hour and, before that, was the host and curator of This I Believe on NPR, and co-edited the best-selling books based on that series.
See stories by Jay Allison