The Nantucket Historical Association has acquired a first-edition book written by Frederick Douglass, the famous American abolitionist who escaped slavery.

Titled My Bondage, My Freedom, it was published in 1855, and is an autobiography of the first part of Douglass’s life. He describes his childhood growing up as a slave, as well as his escape and settlement as a free man in the North.

Douglass had ties to Nantucket, which spurred this purchase. Amelia Holmes, Director of Collections and Research Services for the Nantucket Historical Association, said the NHA found the book online, and through donor support, was able to purchase it for their collection.

“This is definitely us trying to fill in a gap,” said Holmes. She said the NHA had been trying to purchase a copy for a while. “The only other item we have related to Frederick Douglass is a letter he wrote.”

That letter was sent to the co-founder of the Nantucket Public Library, David Joy.

An important place in Douglass's life

Nantucket is where Douglass’s career as a famous abolitionist took off, when he first visited the island in August, 1841. He was only twenty-three and had escaped slavery in Maryland just three years before.

He spoke at an anti-slavery convention being held on the island at The Atheneum. His speech shocked the majority-white crowd for how well-spoken he was for an escaped slave, something white northerners were not accustomed to.

L’Merchie Frazier, Director of Education and Interpretation for the Museum of African American History for Boston and Nantucket, says Douglass came for the convention, but also made other local connections.

“Certainly he has arrived at the invitation of William Lloyd Garrison and others who have this convention,” she said. “But more importantly is a free black community that wants to hear of him, that he goes to visit right after his lecture. And he spends the night there, in that black community, with them, where he is comfortable, and where he knows that the people have at issue his own issues”

The neighborhood that Frazier is referring to was known as New Guinea, which today is known on Nantucket as Five Corners. It was where a majority of the island’s black and indigenous residents lived.

But while Nantucket is historically known as being a hotbed for abolitionist activity, that wasn’t exactly the reality at the time.

“I think Nantucket has a peppered history, at best, of what is set forth as what we call white possessive power,” says Frazier. “There is something going on in Nantucket that does not speak to equity. That it is not this anti-slavery island, no—that is the position of some of the people.”

Douglass was even prevented from speaking on the island in 1842 at the same anti-slavery convention he spoke at the year before, after a mob rioted in protest.

And this trend would continue throughout Douglass’s life. Even in the face of danger, he felt like he had to speak out and represent his people as a self-educated former slave.

Which is why when you open his book, My Bondage My Freedom, one of the first pages you see is a photograph of Douglass in a suit staring back at you. He made a conscious effort to be heavily photographed in order to refute ideas of inferiority held by white people towards Black people.

But ultimately, Frederick Douglass was more than an abolitionist. He was also a family man.

“He played baseball with his children on his lawn in Rochester, New York,” said Frazier, “and sometimes other children in the neighborhood would come and they would sing with him. We know him as orator statesmen, we know him as enslaved man, but there are many dynamics to him.”

After that famous first speech in 1841, Frederick Douglass would visit Nantucket four more times throughout the rest of his life, returning to speak and see friends, and coming back to the island where, as he once wrote, “I felt strongly moved to speak, and was at the same time urged to do so”.

If you’d like to see the NHA’s My Bondage, My Freedom for yourself, it will be on exhibit at the Whaling Museum on Nantucket this summer. More information at nha.org. If you’d like to learn more about Frederick Douglass the man, father, abolitionist, and Nantucket visitor, you can go to the Museum of African American History’s website at www.maah.org. 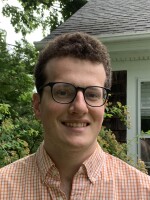