Local News
Heard on Morning Edition
Every weekday morning WCAI brings you coverage of local issues, news, and stories that matter. Join us for Morning Edition from 6 a.m. to 9a.m., with Kathryn Eident and Brian Morris.

Massachusetts has a Plan for COVID-19 Vaccines. When Can You Get Yours?

Governor Charlie Baker announced this week that Massachusetts will be getting a COVID-19 vaccine possibly as soon as next week.

60,000 doses will go to frontline healthcare workers, first responders, long term care facilities, prisons, and homeless shelters in Phase 1. Phase 2 will cover people over the age of 65  public school teachers, and other frontline workers like grocery store employees. Most Massachusetts residents, however, will not get access to a COVID-19 vaccine until the spring.

CAI's Kathryn Eident talked with State House reporter Mike Deehan about what you need to know.

Eident Mike, so the governor had some news this week about the arrival of a vaccine and I want to talk about it first. It's huge news, and it's something hopeful to talk about.

Deehan Yeah, the governor rolled out his vaccine plan; how these are going to be distributed. It's a three-phase plan. So, I know we're doing a lot of different phases when it comes to COVID. But, essentially, phase one, which could start as early as next week, is going to be for an initial kind of supply of 60,000, but the whole phase is going to be 300,000 doses. And that's going to go mostly to medical workers, first responders and also to people in settings where the virus can spread more quickly. So elder care facilities, prisons, homeless shelters, people like that are going to be at the front of the line to get these shots, get the vaccine. And that's going to be December through February when phase two begins.

K through 12 teachers and staff are going to be in that phase two list. And then, grocery store workers, food workers, agricultural workers, people like that who are kind of necessary to the supply chain to be at work and be up front.

And then, it will go into everyone who is 65 and up at the end of phase two. So, that's going to be really a bulk of the population there who are, you know, justifiably concerned about contracting COVID-19. And, that's going to run through around April. All of these time estimates are, just that, estimates from the Baker administration.

Then in April, phase three is going to be everybody else. And, since it takes about two weeks between doses, and then another six weeks for the vaccine to kick in, so to speak, we are then really looking at the spring and into the summer for an effective vaccinated population. But, the governor does expect that he could get around 80 percent of the Massachusetts population vaccinated by the spring or the summer through these three phases.

Eident It really is amazing to be talking about a vaccine that could be coming into Massachusetts, as you said, as soon as next week, considering the sheer numbers of people that are going to need to get it. It's just a huge effort. It is hopeful, it's exciting. And of course, we will have to see how everything really does work out.

Deehan Yeah, absolutely. I mean, just look at the number of tests the state has already put forward. We were, you know, in the millions of total tests so far. Getting the vaccine to the, seven million people in Massachusetts shouldn't be that big of a task since the medical community really has rallied around this.

But, you're absolutely right. This is going to be a monumental effort to get everyone vaccinated. And, it's important to remember that in the meantime, these restrictions are in place. Masks are going to be on essentially throughout calendar 2021. That was what the medical experts told us. So, we're still going to be seeing signs of COVID-19 and precautions against it well into the vaccination period.

Eident That's right. And, that leads me to talk about another announcement from the governor this week, and that is that he's ordered all of Massachusetts to roll back one stage of its reopening plan. That's going to go into effect on Sunday. And, that's because COVID cases are rising, deaths are rising, and hospitalizations are also slowly rising. Talk about what it means exactly to roll back a phase.

Deehan Right. This is rolling back from step two of phase three, back to step one of phase three. That's going to bring us back, you know, maybe a few months back down the road for however long this second surge of the virus lasts.

So, that means that most public indoor spaces, restaurants, gyms, office spaces are going to go from what was 60 percent capacity back down to 40 percent capacity. Restaurants are also going to have stricter mask guidance. So, you will have to have that mask on whenever you're at the table and not actively eating. That's similar to how gyms are going to operate now, mask on at all times at the gym. Restaurants are only going be able to seat six patrons per table as opposed to the 10 limit that they were at. Outdoor gatherings are going to drop from 100 to 50 people. So, we're seeing that in combination with that 9:30 lockdown that we've been under for a while where restaurants closed.

So, that's going to be the way things are for the foreseeable future because these positive test rate numbers are just through the roof even compared to what we saw in the spring.

Eident There has been some criticism, though, Mike, from I'm thinking the healthcare industry specifically, that the governor is not doing enough with this latest rollback to really slow down the surge in cases that we're seeing.

Deehan Yeah, a lot of folks in the medical community want to see Baker go even further, potentially back to phase two of the reopening plan that would essentially end indoor dining again and go back to the way things were last spring, essentially.

This is something that Baker has had to deal with. Do you deliver what could be an economic death blow to the restaurant industry, to certain industries that need to stay open for public safety reasons? That's kind of been the balance he's been trying to pull off this whole time.

A lot of municipal officials, mayors, and city leaders around the state have also said that Baker needs to go further. They argue that they can't do it on their own. You know, a town A can't close down restaurants while Town B is still open because people will just go over there, and they'll be unfair to their restaurateurs. So, they're looking for statewide action here.

And a lot of Democrats, a lot of people in the medical field are saying that Baker should go further. But, if you talk to small business owners, you talk to Republicans on Beacon Hill, they say that, you know, this is enough, steady as she goes. Let's see how it works.

Eident And finally, just briefly, it's not all the governor did this week. He's also ordered hospitals to cancel non-essential procedures. But some hospital officials are advising people to not cancel some preventative appointments.

Deehan Right. It's really up to the hospitals to make that determination. And, this is an effort to free up the hospital staff, hospital space, beds, so that that bed could be used for a COVID19 patient. This is all happening while hospitals do fill up because of the second surge.

So, like you said, those restrictions go into place today, but people are encouraged to get in touch with their health care providers, ask them, should I postpone this, should I not? Or if the hospital will postpone it for them.

Eident That is Statehouse reporter Mike Deehan talking to us from Boston, as he does most weeks. Mike, thanks a lot. Have a great weekend.

Deehan Thanks. Good to be with you.

This transcript was lightly edited for grammar and clariy. 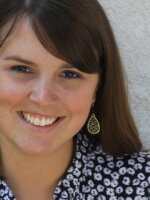 Kathryn Eident
Kathryn Eident is an award-winning journalist and hosts WCAI's Morning Edition. She began producing stories for WCAI in 2008 as a Boston University graduate student reporting from the Statehouse. Since then, Kathryn’s work has appeared in the Boston Globe, Cape Cod Times, Studio 360, Scientific American, and Cape and Plymouth Business Magazine.
See stories by Kathryn Eident
Latest Stories