In This Place
CAI News

The Woods Hole Science Aquarium announced today the death of its second seal in ten days. The two seals had been with the aquarium since 2008.

On July 3rd, the female seal known as LuSeal, who was 15, died of unknown causes. Today the Aquarium says the companion seal in the tank, named Bumper, has also died. No tests results have been received yet on Lucille’s death.

Bumper showed signs of falling ill on Monday morning, said Teri Frady of the NOAA Fisheries, which operates the Woods Hole Science Aquarium. Since then the staff has been providing 24-hour veterinary care.

The Aquarium will be closed now for a few days.  It will reopen on Tuesday.

In the audio below, Steve Junker speaks with Teri Frady on the death of Bumper and the aquarium's history of keeping seals. 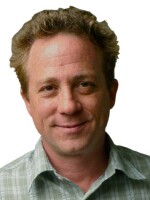 Steve Junker
Steve is Managing Editor of News. He came to WCAI in 2007. He also hosts the weekly News Roundup on Friday mornings, and produces The Fishing News and Weekend Outlook.
See stories by Steve Junker
Latest Stories