City officials in Provincetown have declared a sewer emergency. Properties on the vacuum sewer system — including restaurant and food service businesses — are being asked to cease operations immediately.

"This is necessary to prevent a further public health emergency caused by sewer overflows," Town Manager Alex Morse said in a press release. "We need to drastically reduce flow to allow the critical repair work in order to get the town back to full capacity."

The impacted area includes Commercial Street from Snow Street to Point Street, and properties on the sewer system on Bradford Street between Conwell Street and Prince Street.

The town is also asking residential properties on the system to reduce water use, including dishwashing, laundry, showering, and to only flush toilets when absolutely necessary.

Public restrooms will also be closed Thursday and Friday. 18 porta potties will be arriving in town today and will be located on Ryder Street next to Town Hall.

The town estimates that repairs could take up to 48 hours.

Heavy rain on Tuesday caused a failure in the electrical panel for the vacuum sewer system.

Thirteen years ago, a break in the system led to sewage spills into homes and streets.

"This will be a decade-long process that will take ten years to build out the entire town. But we have to start planning and rolling up our sleeves and making sure we're building a resilient Provincetown, and that will start in earnest this fall," Town Manager Morse said.

Officials plan to seek Town Meeting support this fall for a sewer expansion project that would see all of Provincetown sewered by 2030.

Morse said this time, no backups were reported outside the sewer lines.

Jennette Barnes
Jennette Barnes is a reporter and producer. Named a Master Reporter by the New England Society of News Editors, she brings more than 20 years of news experience to CAI.
See stories by Jennette Barnes

Kathryn Eident
Kathryn Eident is an award-winning journalist and hosts WCAI's Morning Edition. She began producing stories for WCAI in 2008 as a Boston University graduate student reporting from the Statehouse. Since then, Kathryn’s work has appeared in the Boston Globe, Cape Cod Times, Studio 360, Scientific American, and Cape and Plymouth Business Magazine.
See stories by Kathryn Eident 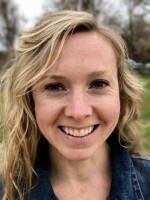 Liz Lerner
Liz Lerner is a radio producer and announcer for WCAI. You'll hear her on Sundays during Weekend Edition and see her work on our web and social media accounts. Liz's background is in multimedia production and film. She spent a decade working in community television where she produced and hosted local news-magazine programming.
See stories by Liz Lerner
Support for CAI is provided by
Support for CAI is provided by
The Forgetting
Listen to the Podcast
The COVID Remembrance Project