Despite ongoing concerns about the coronavirus, voters from Falmouth to Kingston took part in a special election Tuesday to fill an open state Senate seat.

Bourne Republican Jay McMahon and Falmouth Democrat Susan Moran are competing to fill the Plymouth and Barnstable seat that’s been vacant since November, when six-year incumbent Vincent “Vinny” deMacaedo left office for a job at Bridgewater State University. Turnout is expected to be low, and results may not be immediately available.

While many voters opted to cast votes by mail to avoid social contact, others ventured out to the polls.

“They’ve got the social distancing down,” remarked Barbara McCoy of Sagamore Village. She said she was glad to see how the town managed sanitation and social distancing at the Bourne Middle School polling station. “They’ve got everything really well marked. There’s not a crowd. You’re in and out. There’s not a problem at all. I think people should feel very safe doing this.”

“A lot of the people that I’ve seen are older. Like one woman had her turtleneck pulled up over her mask so that she had nothing getting through,” Willmott noted. “I think there are a lot of people who are nervous but still coming out to do their civic duty.”

The special election was originally scheduled for March, but was postponed due to the pandemic. Still, some town clerks across the Plymouth and Barnstable district struggled to find poll workers, so they turned to college students to fill in for retirees who normally would have worked at the polls but were worried about COVID-19.

“I know some of the older ladies, their families told them they don’t want them here,” Willmott said, adding with a laugh, “I didn’t ask my children. I just came.”

To some, though, the quiet day wasn’t especially welcome.

“You know, every election that I have voted in has been at a school,” said Barbara Demarzo outside Falmouth High School’s polling place. “So it’s [usually] booming with all the cars from the kids and parents, and this is just … it’s eerie. It’s actually eerie.”

Demarzo said she and her husband requested mail-in ballots from the town, but they never arrived. Despite the “eeriness,” Demarzo said she was grateful for the relative quiet.

“There’s hardly anyone in there,” she said. “[It’s] safer there than in the grocery store!”

One reason for low turnout, said Plymouth Town Clerk Lawrence Pizer, is the sheer number of absentee ballots people requested this year. On Tuesday, he said his office mailed out 3,165 ballots to town residents.

“To put it into context, the highest we had done in the past was the presidential election in 2016 and that was 1,700 [ballots],” he said. “So this is almost twice as many.”

But the significant increase in absentee ballots and social distancing regulations could slow towns' ability to count votes.

Usually, Pizer said, his staff collects ballots from polling locations throughout the day, but this year he expects hundreds of ballots won’t be counted until after 8 p.m. on Tuesday.

“Normally we have 99 percent of the ballots counted right after 8 o'clock. Today that won't be the case,” Pizer said. “We'll have a percentage of them but there will be several hundred ballots still left to be counted.”

Polls are open in Bourne, Sandwich, Falmouth, Plymouth, Pembroke and Kingston until 8 p.m. 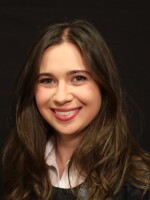